Research questions and hypotheses are two distinct approaches to understanding a particular phenomenon. Research questions are the empirical questions that can be answered by collecting data through observation or experimentation. Hypothesis, on the other hand, is an educated guess about how something works or what it is like.

The purpose of research is to understand a phenomenon, process or outcome. It is not an end in itself. The purpose of research is to answer a question or solve a problem. Research questions are statements that describe the problem you want to investigate. The question should be specific enough so that it can be answered by the method used in the research study.The hypothesis is the main point of interest that guides your research. It is what you think will happen (example: if your research participants respond as you expect them to respond), which makes it important to consider carefully in your choice of study design and methods.

A research question is a statement about what you want to find out. It describes the purpose of the research. For example, “What factors influence the success of a new product?” or “How does a video game affect players’ cognitive abilities?” A hypothesis is an idea that might be true but has not yet been proven. It is based on observations and previous knowledge. If a researcher wants to find out whether playing violent video games increases aggression, they might develop a hypothesis like this: “Violent video games increase aggression”. This can be tested by measuring aggression in people who have played violent video games and comparing it with aggression in people who have not.

Hypothesis is an educated guess about how something works or what it is like. It provides a framework for conducting research by providing a testable prediction about the outcome of interest. A hypothesis can be either specific or general; however general hypotheses are more useful because they give researchers a way to organize their thoughts and outline their ideas more clearly before conducting tests on specific cases.

Your research question and hypothesis should be stated in the introduction and addressed again in the conclusion to demonstrate that you have completed what you set out to do and that you have not lost sight of your objective throughout your research process. 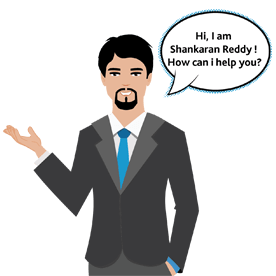